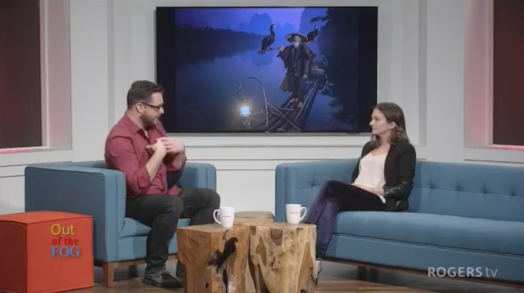 Out of the Fog is a local tv show produced by Rogers TV and I was asked to be a guest on it last Tuesday!

I chatted with Jason Piercey about my documentary Flight of the Fisherman which has won 2 awards so far! Fun fact: when I moved home from Prague after graduating from film school I volunteered at Rogers doing their switch board and graphics!